He is Risen, He is truly Risen, indeed, Alleluia! The joy continues! For the rest of the world Easter ended at midnight. However, as Catholics we have the grace of celebrating the Resurrection of Christ with the highest solemnity, for eight days. Throughout these eight days, or Octave of Easter, each day is recognized as a sort of mini-Easter. The celebration continues and blessings flow.

Mary Magdalene and the other Mary went away quickly from the tomb, fearful, yet overjoyed and ran to announce the good news to His disciples. And behold, Jesus met them on their way and greeted them. They approached, embraced His feet, and did Him homage. Then Jesus said to them, “Do not be afraid. Go tell My brothers to go to Galilee, and there they will see Me.”

While they were going, some of the guard went into the city and told the chief priests all that had happened. The chief priests assembled with the elders and took counsel; then gave a large sum of money to the soldiers telling them, “You are to say, ‘His disciples came by night and stole him while we were asleep. And if this gets to the ears of the Governor, we will satisfy him and keep you out of trouble.” The soldiers took the money and did as they were instructed. . . . (MT 28: 8-15). 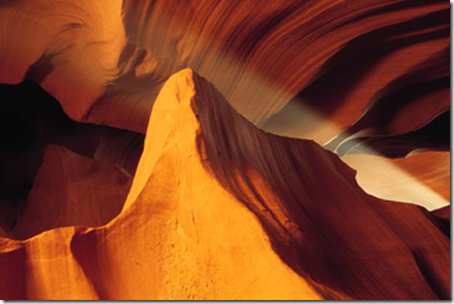 A recurrent theme in this Gospel passage is trepidation. Two groups of people have encountered the reality of Christ’s Resurrection, yet their response is very different. There is a stark contrast between the two paragraphs, while both deal with a response of fear. The women are described as “fearful, yet overjoyed” and they run to announce the Good News of the Resurrection to the equally frightened disciples. While the women experience fear and awe, they are able to move past it. They embrace Our Lord, both His Risen physical body, and embrace the concept of His Resurrection. They do not understand, yet they believe, and accept His exhortation to “Be not afraid,” and proclaim with joy all they have seen. As they move forward, one perceives a sense of Light transcending them.

On the other hand, we have the guards, strong Roman men, battled hardened soldiers, who fell down “as dead men” at the sight of the Resurrection, and quiver in fear as they approach the chief priests and the elders. One wonders which frightened them more – the vision of Christ busting forth from the tomb or the wrath of Pilate and the Council. Either way, they were terrified. We sense the darkness of their hearts, the darkness of the situation. They were offered bribes to hide the most significant Truth ever witnessed by human eyes, and they capitulate. Likewise, the religious elders and chief priests seem equally shrouded in darkness and fear. They know the truth – they crucified the Messiah, and now He is Risen. If He is strong enough to conquer death, do they really think their secret will last forever? They don’t care. They would rather perpetuate a lie, than embrace the reality of the Resurrection.

We too are faced with a similar choice. The Resurrection is indeed a mystery. Yet we are asked to accept with faith what we cannot explain. It is a choice of the will. The bridge between faith and understanding is the will. When we choose to embrace the Risen Christ, and proclaim the reality of His Resurrection, we too move from darkness to light. The words He spoke to Mary Magdalene and the other Mary are meant for us as well: “Do not be afraid. Go tell My brothers. . . .”

Perhaps there is no better way to tell our brothers and sisters about the love of the Risen Christ than to spread the message about Christ’s Divine Mercy. As this glorious week unfolds, we continue our preparation for the Feast of Divine Mercy Sunday which occurs on the Sunday following Easter. Thus, in preparation we continue our novena of Divine Mercy Chaplets. This chaplet is prayed on ordinary rosary beads. For complete instructions please visit the Divine Mercy website run by the Marians of the Immaculate Conception: http://thedivinemercy.org/message/devotions/praythechaplet.php.

Today we also continue the novena our Lord dictated to St. Maria Faustina for her private use. Each day, Jesus directed St. Faustina to pray for a specific group of souls, immersing them into the abyss of His Mercy, and pleading for them before the throne of the Heavenly Father.

On this the fourth day of the novena, Sr. Faustina was directed by Our Lord to:

“Bring to Me those souls who do not believe in God and those who do not yet know Me. I was also thinking of them during my bitter passion, and their future zeal comforted My heart. Immerse them in the ocean of My mercy (1216, p. 438 – Divine Mercy in My Soul, Congregation of Marians, 1987).”

Today, let us pray as St. Faustina did, immersing the souls of unbelievers in the abyss of Christ’s mercy. Let us recall what courage it takes to have the will to believe. Our own faith is a treasure for which we should express sincere gratitude, as we pray, that like Mary Magdalene and the women at the tomb, these souls “will not persist in their unbelief, but believe!”

Like Sr. Faustina, let us beg the Heavenly Father to “draw them to the light of the Gospel,” that they too may extol the mercy of God for endless ages. For the complete text of the fourth day of the novena, please visit the Divine Mercy Website of the Marians of the Immaculate Conception at: http://thedivinemercy.org/message/devotions/novena/fourthday.php.

Today’s prayer from this morning’s Divine office is apropos:

Father, You give your Church constant growth by adding new members to your family. Help us to put in action in our lives the Baptism we have received with faith. We ask this through Our Lord, Jesus Christ, Who lives and reigns with You and the Holy Spirit, One God forever and ever. Amen (Divine Office, Liturgy of the Hours, Monday Morning within the Octave of Easter).

May the Risen Christ bless you and yours abundantly,

Praise the Lord for He is Risen!

Indeed, He is Truly Risen, Alleluia!