The Lord is King, He is robed in Majesty; the Lord is robed, girded with might. The world will surely stand in place, never to be moved. Your throne stands firm from of old; You are from everlasting, Lord (Psalm 93: 1-2).

Today we celebrate the Solemnity of Our Lord Jesus Christ, King of the Universe. On this day, we bow our heads and acknowledge the dominion of Our Lord Jesus Christ, and His Divine authority over everything in this world, and indeed the entire universe. Scripture clearly elucidates Christ’s Kingship. For example, today’s Second Reading, Saint Paul to Colossians states:

“He is the image of the invisible God, the firstborn of all creation. For in Him were created all things in heaven and on earth, the visible and the invisible, whether thrones or dominions or principalities or powers; all things were created through Him and for Him. He is before all things, and in Him all things hold together. He is the head of the body, the Church. He is the beginning, the firstborn from the dead, that in all things He Himself might be preeminent. For in Him all the fullness was pleased to dwell, and through Him to reconcile all things for Him, making peace by the blood of His cross, through Him, whether those on earth or those in heaven (Col 1: 12-20).”

All Nations Shall Come to Adore Him. © SalveMaterDei.com, 2012. EA photo
The scope of the Dominion of Christ is foreshadowed throughout the Old Testament. In the Book of Daniel we read:

As the visions during the night continued, I saw one like a Son of Man coming, on the clouds of heaven; when he reached the Ancient One and was presented before Him, the One like a Son of Man received dominion, glory and kingship; all peoples, nations, and languages serve Him. His dominion is an everlasting dominion that shall not be taken away, His kingship shall not be destroyed (Daniel 7-13-14).

This Solemnity originated as a feast, in response to mounting cultural pressures to succumb to rising tides of secularism. In 1925, Pope Pius XI penned the Encyclical Quas Primas, thus initiating this feast, under the title “D. N. Jesu Christi Regis,” Our Lord Jesus Christ the King.

Earlier that year, the Pontiff was reportedly walking in the Papal Gardens with a cardinal, who noted how dejected the pontiff seemed. In the conversation that ensued, the Holy Father discussed his frustration with the flood of –isms that were spreading darkness throughout the world. He detailed the ramifications of: Mussolini’s Fascism, Hitler’s Nazism, Stalin’s Communism, Freud’s psychological determinism, and the American materialism that was manifest in the roaring twenties. Pope Pius XI explained that Christ and His dominion remain the solitary answer to humanity’s deepest yearning. These other false doctrines fail to satisfy our longing and need for Christ and His Kingship. It is only in submission to Christ as our Sovereign, that the human soul finds fulfillment and peace.

This exchange prompted Pope Pius XI to write the encyclical Quas Primas, and initiate the Feast of Christ the King in 1925. The Holy Father envisioned that this Feast could have multiple effects. First, He hoped that the rulers of this world would understand that they are bound to respect Christ (Quas Primas 31). Pope Pius XI also hoped that the nations of the world would accept that the Church has a right to freedom, and immunity from the state (Quas Primas, 32). Similarly, the Pontiff hoped that The Feast of Christ the King would empower Christians with courage and strength, as we are reminded that Jesus Christ must reign in our hearts, minds, bodies and wills (Quas Primas, 33). 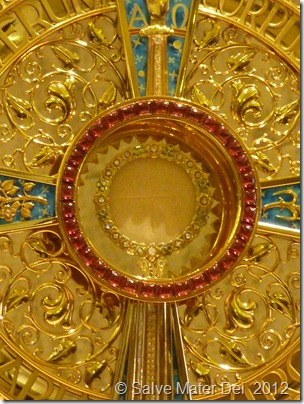 As we look at recent threats to religious liberty in this country and others we see how the antecedents envisioned by Pope Pius XI have blossomed into real threats to the religious freedom and moral life of the contentious Christian faithful. In the United States, those whose religious principles espouse the conviction that all life is sacred from natural conception to natural death, have been told by their governement that they will have to either violate their consciences or violate the law of the land. Our religious freedom is rapidly being confined to the 4 walls of our homes, as state sanctioned assaults on religious freedom are more commonplace. Thus, Pope Pius’ objective to urge world leaders to respect the authority of Christ, to protect the religious freedom of Christians, and to empower Christians to remain courageously stalwart while embracing the reign of Christ in our hearts, minds and bodies (Quas Primas 31-33) bears as much significance today as when Quas Primas was penned 87 years ago.

As contemporary Americans, the concept of kingship seems a bit foreign to us. Didn’t we throw that off in 1776? That staunchly independent streak of ours seems to balk at the slightest hint of subservience to royalty. We like to think of Jesus as our friend and brother (as indeed He is), and seek Him as our Merciful Savior; however, when it comes to acknowledging Jesus as our Sovereign King, and submitting ourselves to His Reign, there we find difficulty. This is especially true when it comes to personal moral decisions, those that seem to go against the grain of contemporary society, or expose us to the discomfort of appearing at odds with popular culture.

It is precisely here, where that discomfort lies, that drive of autonomous rebellion to His authority begins; at this explicit juncture we must decide whether we are truly loyal Christians, or not. In this political and cultural climate, as threats to conscience and religious liberty escalate, we are in a real way being called to decide to Whom we owe our highest allegiance. Whom do we wish to serve? Will we stand with Jesus Christ? Will we acknowledge and accept His ultimate and legitimate authority over our hearts, minds, and souls? Are we embarrassed or reluctant to admit that His Dominion exists in our everyday lives? Does He reign in our homes – yes, even our bedrooms?  What about at work, in our boardrooms? How about our voting booths? Is He present when we surf the Internet, when we chat on the phone, or when we relax in front of the television? If Jesus Christ is truly our Sovereign King, then we must willingly give Him dominion over every aspect of our lives: private, public, and political.

Recall Jesus commands us in Sacred Scripture to: “Render unto Caesar what is Caesar’s; but render unto God what is God’s (Mark 12:17).”

Today’s Solemnity of Our Lord Jesus Christ, King of the Universe is an opportune time to examine our relationship with Jesus, and to recommit ourselves to His service. For whether or not we choose to acknowledge His Sovereignty, it does objectively exist: He is in fact, the Eternal King. Even a casual observer of recent global geo-political history has to admit that earthly rulers and their policies come and go, even geo-political boundaries are subject to change. The map of Eurasia appears vastly different than it did 100 years ago, 50 years ago, or even 20 years ago. Our present world is in flux. The powerful of this world are eventually replaced by those who are more powerful; the prosperous by those with more wealth, the attractive and popular by those who are more so. These superficial realities are indeed fleeting, and allegiance to them is fidelity to the transient. However, “Jesus Christ is the same, yesterday, today and forever (Hebrews 13:8).” Ultimately our time on earth is relatively short when compared against the backdrop of eternity. Our choice to submit to His authority has eternal ramifications. If we serve Him in this world, we shall enjoy perpetual peace in His Kingdom for all eternity. If we choose to rebel against His authority – and we have the free will to do just that – then we shall have all eternity to ponder that decision as well.

“Jesus, Remember me when you come into your Kingdom.” © SalveMaterDei.com, 2013

Today’s Gospel reading (Luke 2 3: 35-53) reminds us of this reality. Here we see the
Crucified Christ hanging between two thieves. One thief, like the secularists of our
contemporary society who perpetually mock Him, joins in the jeers of the crowd in crying: “If you are the King of the Jews, save yourself.” In contrast, the other thief, repenting of his own sinful past, takes courage, rebukes the offender and placing
his trust in the Mercy of Christ the King, dares to hope:  “Jesus remember me when you come into your kingdom (Luke 23: 53).”

On this Solemnity, let us consider carefully the choice before us. Recall in Revelations 3:16 how Our Lord spoke of those who failed to make a conscious choice to commit themselves to Christ: “So, because you are lukewarm–neither hot nor cold–I am about to spit you out of my mouth.” With that in mind, let us renew our consecration to Our Lord Jesus Christ, King of the Universe. Together let us recommit ourselves to serving Him in this world, working for the greatest honor and Glory of God in time and Eternity.

Thus, when our time here on earth gives way to eternity and we stand before the Throne of God, may we hear the words Jesus addressed to the Good Thief, “Amen, I say to you, today you will be with Me in Paradise (Luke 23: 53).”